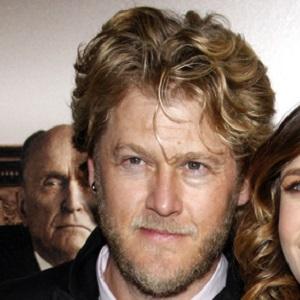 Musician and film producer who recorded three albums as the keyboardist of the California-based industrial rock band Deadsy. As a producer, he has produced films like 2011's Higher Ground.

He was born in New York City and attended Hyde High School in Maine.

He made his acting debut in the 2003 film The Singing Detective.

He married Oscar-nominated actress in 2008. They have children named Gytta and Flynn.

He has played with drummer Alec Puro in Deadsy.

Renn Hawkey Is A Member Of