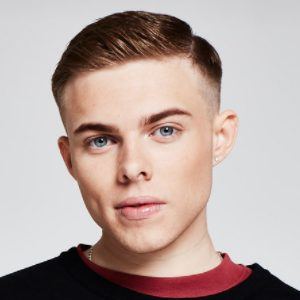 Competitor on the 2016 season of The X Factor UK who performed alongside his four band mates in a group called Yes Lad on the popular reality show. His singing style is more R&B than pop as can be heard in Yes Lad's music.

As early as August of 2014, he would publish mini covers to his Instagram account. He plays the guitar for those covers as well.

He and Yes Lad supported Jake Quickenden at his Manchester show in October of 2016.

He is from Salford, England. He has a younger brother named Harry.

He performs alongside Cian Gleeson as part of Yes Lad.

Joel Healey Is A Member Of