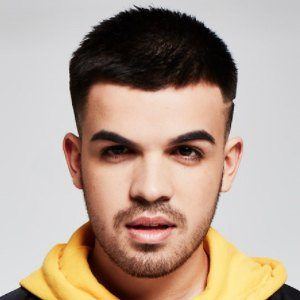 One of five artists representing the band Yes Lad who is most responsible for the organization of the band. The group competed on the 2016 season of the X Factor UK.

He was 14 years old when he began to pursue music after buying his first acoustic guitar.

He used to perform on the streets as a busker. He won a competition called Key 103 Futurestars performing his solo single "Losing Game."

He is originally from Bolton, England.

His band, like Mark Owen's group Take That, was organized by manager Nigel Martin-Smith.

Cian Gleeson Is A Member Of