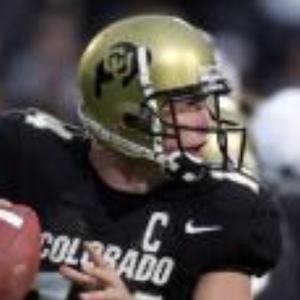 Former college football starting quarterback who led the University of Colorado Buffaloes to the 2002 Alamo Bowl and the 2005 Champs Sports Bowl. He went  on to become a college football analyst for FOX Sports.

He was selected by the San Diego Padres in the 11th round of the 2000 Major League Baseball draft as a third baseman.

He won the 2003 John Mack Award for Outstanding Offensive Player.

His father Gary is a high school football coach. He married Sara Ordway in 2005. They have three sons.

He began filling in for Kevin Burkhardt as the host of MLB Whiparound on FOX Sports 1.

Joel Klatt Is A Member Of