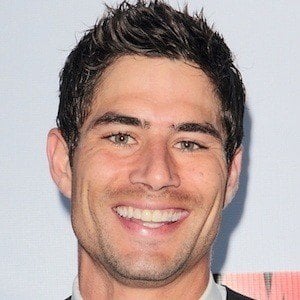 Model and actor who has appeared in the soap opera Days of Our Lives and the TV series If Loving You is Wrong. He also played the role of Sato in the hit TV show Party Down.

He got his start on the reality show True Beauty. He was the runner-up on that program that pitted models against one another.

He has acted in two films in the Eating Out series, The Open Weekend and Drama Camp.

He started dating Zulay Henao in October 2014. He has a daughter.

He has acted on Tyler Perry's show If Loving You is Wrong.

A Madea Family Funeral
Honey: Rise Up and Dance
The Trap