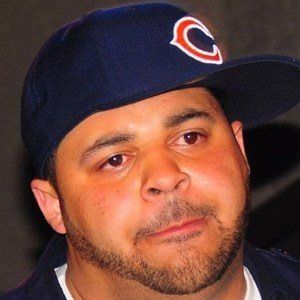 American rapper and member of the group Slaughterhouse who is signed to Eminem's Shady Records as a solo artist.

He grew up in the Cooper Park Houses in the east williamsburg section of Brooklyn,

His song 'Big Pun Back' is a tribute to the Cuban rapper Big Pun but some saw it as disrespectful to the late rapper's memory.

His parents are Puerto Rican.

His second album with Slaughterhouse was produced by Eminem.

Joell Ortiz Is A Member Of