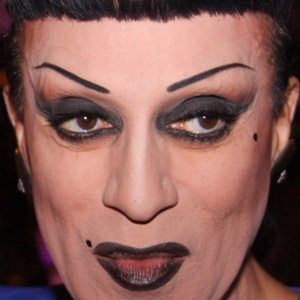 Performance artist and drag queen who portrayed Joan Crawford in "Christmas with the Crawfords," which was performed in New York and San Francisco.

He was a singer for the rock band Purlie, and he was also a member of the theatrical improvisation troupe The Groundlings. He would go on to appear in "Big Top Pee-wee," "Elvira, Mistress of the Dark," and many other films.

He was the subject of a 2011 documentary film produced by Bobby Sheehan.

He was born in North Carolina and moved to Los Angeles with his family when he was six years old.

He appeared on the "Saturday Night Live" stage with David Bowie in 1979.

Joey Arias Is A Member Of