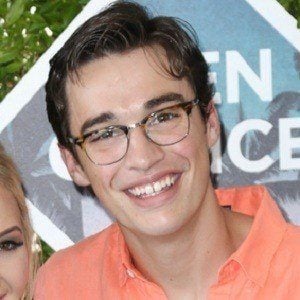 Actor and stand-up comedian who became known for his role as Joey on the Disney Channel's Liv and Maddie. He also starred in Fred 3: Camp Fred in 2012 and in The Outfield in 2015. In 2021, he began starring as Freddie Raines on the ABC series Call Your Mother.

He rose to local fame as a young comedian, winning comedy competitions throughout the San Francisco Bay Area.

He appeared on the series Wet Hot American Summer: Ten Years Later as the character Seth in 2017.

He starred alongside Nash Grier and Cameron Dallas in the high school baseball film The Outfield.

Fred 3: Camp Fred
Father of the Year
The Outfield
More