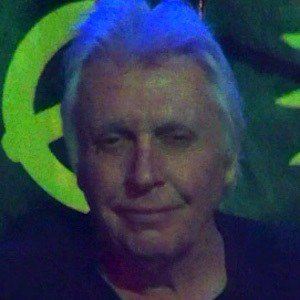 Acclaimed drummer who worked on a staggering sixteen Gold and Platinum-selling albums. He is perhaps best known as a member of Jefferson Starship.

He taught himself to play drums at ten years old and got involved in the music scene during the early 1960's.

He was known for his charitable spirit, participating in charity events for causes like the victims of Hurricane Katrina.

He was married to woman named Lauren, who openly speculated that a stroke contributed to his 2013 death.

He got his start playing in bands which opened for well-known artists like Lou Christie in the 1960's.

Joey Covington Is A Member Of