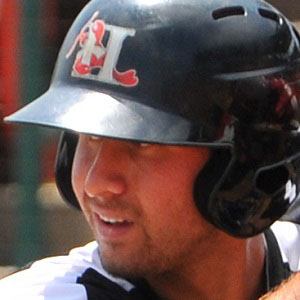 First and third baseman and outfielder who was named MVP of the All-Star Futures Game in 2014. He was previously named Arizona League MVP as a member of the Arizona League Rangers. He debuted with the Texas Rangers in 2015.

He was named Nevada Gatorade Baseball Player of the Year at Bishop Gorman High School.

He won the Joe Bauman Home Run Award for hitting more home runs than any other minor league player in 2013.

His father was a pitching instructor.

He worked out with star MLB shorstop Troy Tulowitzki during the offseason in 2013.

Joey Gallo Is A Member Of