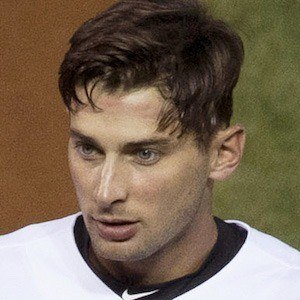 MLB outfielder who was a ninth-round pick of the Tampa Bay Rays in the 2012 draft. He made his major league debut in 2016 with the Baltimore Orioles, who had acquired him through the Rule 5 draft.

He attended the University of Arizona, where he won the 2012 College World Series.

He was a pitcher and fielder in high school and won four Nevada state championships. He played alongside older brother John, who was a 38th round pick out of high school.

He was born to John and Heidi Rickard and also has a sister named Jadyn.

Joey Rickard Is A Member Of