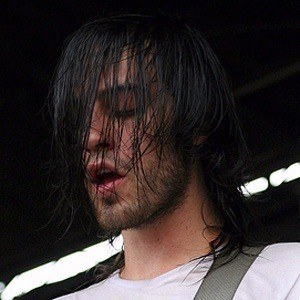 Bassist who rose to fame when he joined the rock band The Red Jumpsuit Apparatus in 2005. The band released their debut album Don't You Fake It in 2006.

Prior to joining The Red Jumpsuit Apparatus, he was in various high school bands.

Fans show their support on the band's Twitter, where they have over 60,000 followers.

He has a daughter named Ella Grace Westwood who was born in 2008.

He plays in the band alongside singer Ronnie Winter.

Joey Westwood Is A Member Of