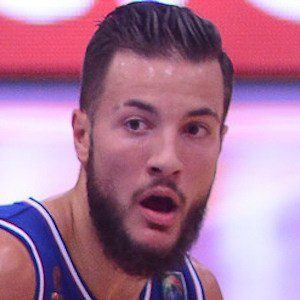 NBA power forward and center who was selected in the second round of the 2013 NBA Draft by the Memphis Grizzlies. He made his NBA debut with the Denver Nuggets in 2015.

He was playing with Partizan Belgrade when he was drafted, but continued to play in Europe. He also spent time with Khimki before joining Denver.

His father, Stéphane, was also a professional basketball player and played for the French national team.

He and Paul Davis played together at Khimki.

Joffrey Lauvergne Is A Member Of