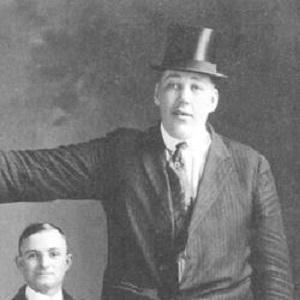 American silent film actor who was known as one of the tallest actors in history at 8 feet, 9.7 inches.

He helped out in his family's restaurant when he was younger and later had one of his first film roles in the 1922 film Why Worry?

He was listed in the 1978 Guinness Book of World Records due to his height.

His mother was also an extremely tall Norwegian woman who was a restaurant owner.

He was a silent film actor like Charlie Chaplin.

John Aasen Is A Member Of