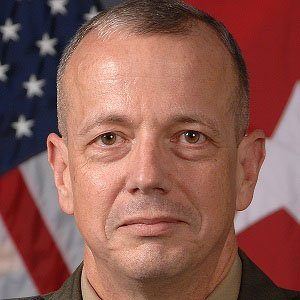 A four-star General in the United States Marine Corps, he played key roles in Operation Iraqi Freedom and Operation Enduring Freedom and held the offices of Deputy Commander of U.S. Central Command and Commander of the International Security Assistance Force and U.S. Forces Afghanistan.

He spent his youth in Fort Belvoir and Oakton, Virginia.

In 2011, he and Joint Chiefs of Staff Chairman Martin Dempsey met in Afghanistan.

John R. Allen Is A Member Of