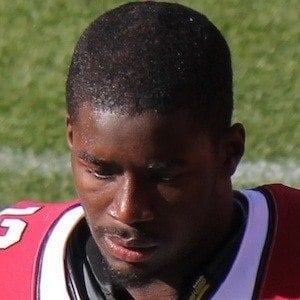 American football wide receiver who was taken 91st overall by the Arizona Cardinals in the 2014 NFL Draft. He broke the 1,000 yard receiving mark in his second season, finishing with 65 catches, 1,003 yards, and 7 touchdowns.

After spending a year at Mars Hill College then redshirting at Coffeyville Community College, he transferred to Pittsburg State University. By the time he graduated, he'd set school records for receptions, receiving yards, and receiving touchdowns.

He was on the 2014 Arizona Cardinals team which set a record for futility with 78 total yards of offense in a playoff game. The record was set after a series of desperate laterals ultimately found Brown, who was tackled for a 20 yard loss to end the game.

He grew up in Florida with his mother Cassandra Bryant and half-brother James Walker. His brother was shot in 2010 and died from the injuries in 2011. He has a daughter named Caia.

He and teammate Larry Fitzgerald formed a dangerous receiving combination in 2015, combining for more than 2,200 yards and 16 touchdowns.

John Brown Is A Member Of