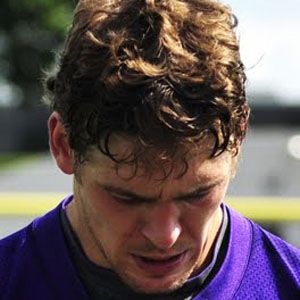 Tight end played multiple seasons with the Seahawks and Vikings after being a second round draft pick in 2008. He signed to the Arizona Cardinals in 2014.

He was a McDonald's All-American in basketball while also being All-State in football and tennis at Litchfield High School.

He was named a Second-team All-American by sports illustrated after his 2006 seasons at Notre Dame.

He is the son of Richard and Angela Carlson. He grew up with a brother named Andrew.

He caught his first career touchdown from quarterback Charlie Frye in 2008.

John Carlson Jr Is A Member Of