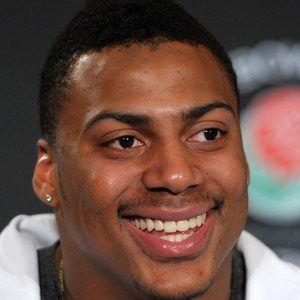 Former NFL running back who played for the Pittsburgh Steelers in 2011 after a standout career at the University of Wisconsin.

He was an All-American at Washington Park High School in Racine, Wisconsin.

At Wisconsin, he was named Big Ten Offensive Player of the Year in 2009 and was the 2009 Champs Sports Bowl MVP.

He was born to Sara and John Clay.

He and LaMichael James were two of the NCAA's top running backs during the 2009 season.

John Clay Is A Member Of