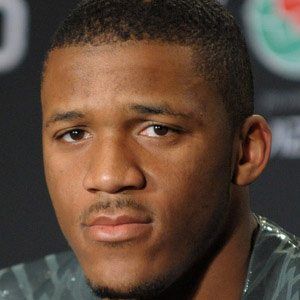 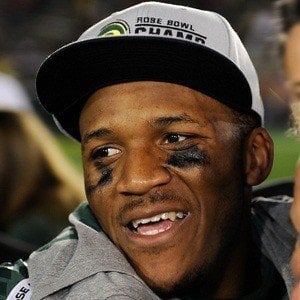 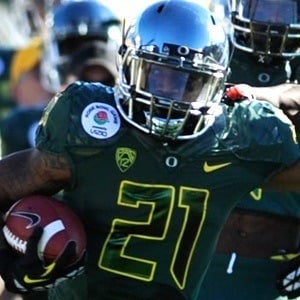 Former running back for the University of Oregon who finished third in voting for the 2010 Heisman Trophy. He began his NFL career with the San Francisco 49ers in 2012.

He was named a Freshman of the Year in the Pac-10 conference during his first season with Oregon.

Shortly after he led Oregon to a Rose Bowl victory, the San Francisco 49ers selected him at the end of the second round in the 2012 draft.

He was raised by his grandmother, as his mother was only partly involved in his life and his father died when he was young.

He was honored during the ceremony in which Cam Newton won the Heisman Award in 2010.

LaMichael James Is A Member Of