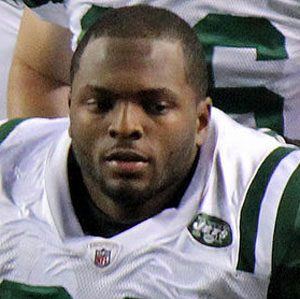 NFL fullback has played for the Jets, Bengals and Giants in his first four seasons. He was a fifth round draft pick in 2010.

He had 1,100 rushing yards during his senior season at Lokota West High School.

He was named an All-American after his 2009 season at the University of Kentucky.

He is the son of John Sr. and Marion Conner.

John Conner Is A Member Of