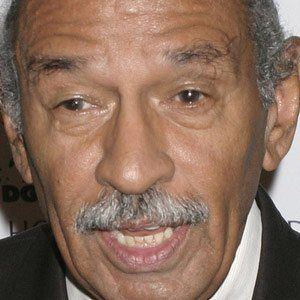 Michigan politician and Democratic member of the House of Representatives. He ran for Mayor of Detroit in 1989 and 1993 but lost both elections.

He served for a year in the Korean War as an officer in the United States Army Corps of Engineers.

In 2010, his wife Monica Conyers pleaded guilty to conspiring to commit bribery.

He was one of few politicians who believed that Julian Assange should not be prosecuted for his involvement in Wikileaks.

John Conyers Is A Member Of