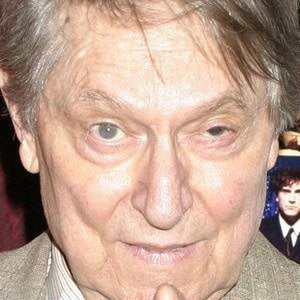 Stage actor and singer who earned Tony Awards for his roles in On the Twentieth Century and Shenandoah. He received Tony nominations for On a Clear Day You Can See Forever, Urinetown, and 110 in the Shade.

He attended the University of Tennessee, where he was a member of a winning tennis team. He debuted on Broadway in 1960, appearing in the musical Camelot.

He has appeared on such television series as Northern Exposure, Law & Order: SVU, and ER.

He married Emily Frankel in 1959; the couple had a son.

He appeared with Penelope Milford in the 1975 Broadway production of Shenandoah.

John Cullum Is A Member Of