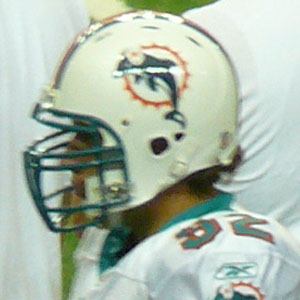 Occasional defensive end was named to his second Pro Bowl as the Dolphins' long snapper in 2012. He signed with the despite being undrafted in 2005.

He was a Second-team All-State selection during his senior season at Horizon High School.

He was a two-time Academic All-Mountain West selection during his career at BYU.

He and his wife Christy have five children: Austin, Brock, Westin, Gracie, and Bailey.

He snapped the ball for kicker Phil Dawson during the 2012 NFL Pro Bowl.

John Denney Is A Member Of