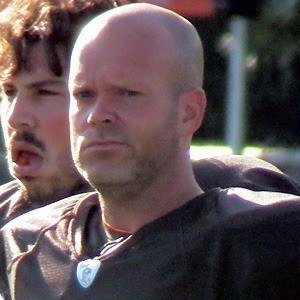 NFL placekicker who played for the Cleveland Browns from 1999 to 2012.

He played football for the University of Texas, where he became famous for making a 50-yard game-winning field goal against a strong wind.

He set the Browns' franchise record for most field goals made.

Before him, Lou Groza held the Browns' record for most field goals made.

Phil Dawson Is A Member Of