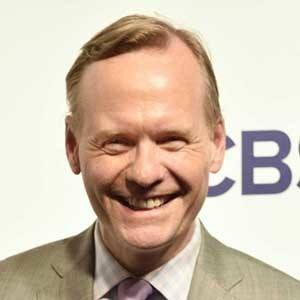 Journalist who has gained fame for his work with CBS, including on CBS This Morning and Face the Nation. He has also worked as the political director and chief Washington correspondent of CBS News.

He graduated with honors from the University of Virginia.

He covered politics for Time Magazine during a 12-year span, including 4 years spent as the chief Washington correspondent. His clever and sharp style of asking questions of politicians prompted his colleagues to coin similar questions "Dickersonian."

His book On Her Trail covered his close relationship with his mother and famous newswoman Nancy Dickerson Whitehead.

He interviewed George W. Bush for various publications during his two-term presidency between 2000-2008.

John Dickerson Is A Member Of