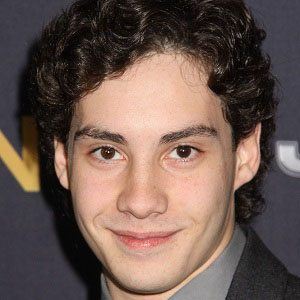 Italian-American actor best known for his roles in films like 2008's The Wrestler, 2010's Brooklyn's Finest and 2013's The Family. He has also appeared on several popular television shows, including Orange is the New Black and How to Make It in America.

He grew up in Monmouth County, New Jersey and made his acting debut on a 2007 episode of Law & Order: Special Victims Unit titled "Annihilated."

He has a love of photography and also worked on several scripts.

His parents are Ginna and Chuck DiLeo. He has older brothers named Vincent and Patrick.

He appeared with Oscar winner Robert De Niro in the crime film The Family.

John D'Leo Is A Member Of