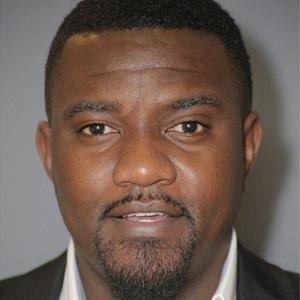 Famous for his role as Denu MaCarby in the Adams Apples film series, Dumelo is also known for his 2013 Ghana Movie Award-winning portrayal of Manuel Quagraine in the feature film A Northern Affair.

Before beginning his acting career, he briefly studied civil engineering at the Kwame Nkrumah University of Science and Technology.

In early 2014, he earned the distinction of being the first citizen of Ghana to accumulate one million Facebook "likes."

He was born to John and Antionette Dumelo and raised in Accra, Ghana.

He co-starred with Majid Michel in the 2009 thriller Heart of Men, earning an Africa Movie Academy Award nomination for his role as Kay.

John Dumelo Is A Member Of