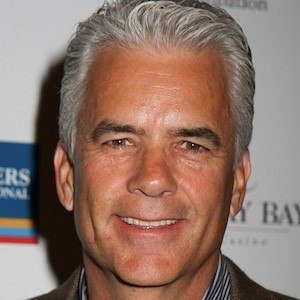 Republican politician who served as a United States Senator from Nevada from January 2001 until he resigned amid an investigation of an ethics violation in 2011.

After receiving his Doctor of Veterinary Medicine degree from the Colorado State University in 1985, he opened and ran a very successful 24-hour animal hospital in Las Vegas.

In 1998, he called on President Bill Clinton to resign after his affair with Monica Lewinsky came to light. 13 years later, he resigned due to investigation of irregularities related to an extra-marital affair.

He had three children with his wife Darlene.

In 1998, he ran for the Senate for the first time but was defeated by the Democratic incumbent, future Senate Majority Leader Harry Reid, by 428 votes.

John Ensign Is A Member Of