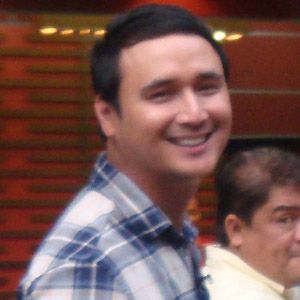 Filipino actor best known for his role on the soap opera "Kay Tagal Kang Hinintay", for which he won a Star Award for Best Drama Actor in 2003. He hosted the daytime show "Magandang Tanghali Bayan" from 1998 to 2003.

He won a modeling competition as a college student.

He won the Empress Golden Screen Award for Best Supporting Actor In A Comedy, Drama Or Musical for his role in "Caregiver" in 2009.

He married Brazilian beauty queen Priscilla Meirelles in 2011. He was previously married to Janice de Belen, with whom he has a daughter named Kaila.

He co-starred with Kris Aquino on the soap opera "Hiram".

John Estrada Is A Member Of