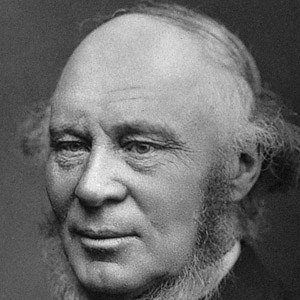 After completing his education in private schools, he served as an apprentice for several prominent engineers.

The underground rail lines that he helped build now form part of the Underground's Circle line.

He married Elizabeth Broadbent in July 1850.

Like Gustave Eiffel, who designed the Eiffel Tower, he helped create an iconic landmark.

John Fowler Is A Member Of