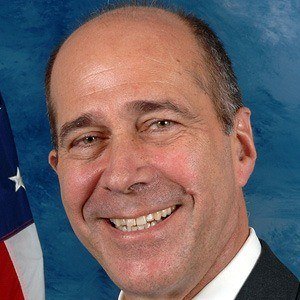 Politician and Democrat who was a U.S. Representative for New York's 19th congressional district from 2007 to 2011. He also plays a mean french horn and sang with the band Orleans.

He dropped out of college to play music around the clubs of DC and Greenwich Village, along the way becoming involved in the anti-nuclear movement and forming citizens' groups.

Elected to office as a Democrat in a traditionally Republican district, he spoke out in favor of reforming drug laws, raising the minimum wage, and supporting stem cell research.

His second wife Pamela Melanie Hall co-wrote with him several of his songs.

He worked with Bonnie Raitt and several other notable musicians in a benefit concert for the victims of the Japanese tsunami and the Fukushima meltdown.

John Hall Is A Member Of