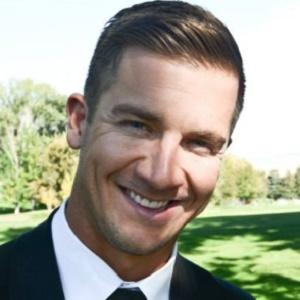 One of 25 bachelors selected to compete for the love of Jillian Harris on Season 5 of ABC's The Bachelorette. He has also made appearances on MTV's Made and ABC's Shark Tank. He became the Vice President of Digital Publishing at the world's largest health and fitness website, Bodybuilding.com.

A longtime baseball player and golfer, he found a passion for health and fitness when he was cut from his high school baseball team because he only weighed 130 pounds. He started his business career by launching two advertising companies at the age of 22.

He turned down an offer to star in ABC's Bachelor in Paradise because he met the girl of his dreams and got married in the Fall of 2014.

He is the oldest of three children with Mike and Denise as his younger siblings. He credits his parents, Frank and Maryann Hardest, for everything in his life. He moved to Boise, Idaho where he resides with his wife Jessica Hardesty.

He has worked with many of the cast members in The Bachelor family, including Jesse Csincsak, Jason Mesnick, Jillian Harris, and Ali Fedotowsky.

John Hardesty Is A Member Of