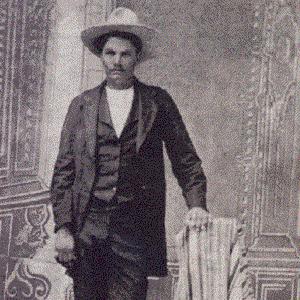 American old West outlaw who served sixteen years in prison for a series of shooting murders which began when he was fifteen years old.

He was almost expelled after stabbing a fellow classmate.

He escaped capture for many years and spent the majority of his life escaping authorities until finally being captured in 1878.

His father was a preacher.

He was named after Methodist church founder John Wesley.

John Wesley Hardin Is A Member Of