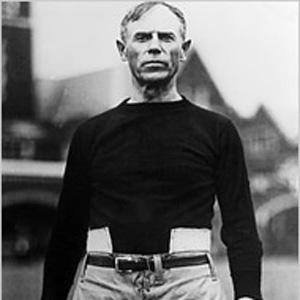 Legendary American athlete and coach of football, basketball, and baseball. His legacy lives on through the Heisman Trophy, which is awarded annually to the season's most outstanding college football player.

He played football at both Brown University and the University of Pennsylvania.

He coached baseball, basketball and football at Georgia Tech.

He was the son of Johann and Sara Heisman; he married Evelyn McCollum Cox in 1903.

He and Bobby Bowden are both members of the College Football Hall of Fame.

John Heisman Is A Member Of