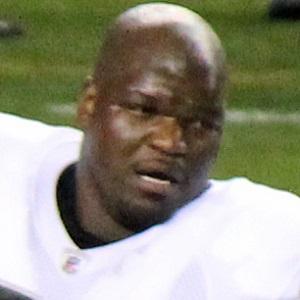 Former defensive tackle nicknamed Big John who was a two-time Pro Bowler with the Jacksonville Jaguars before spending his last two NFL seasons with the Oakland Raiders.

He was a two-time All-American at the University of Tennessee, before being drafted 9th overall by the Jacksonville Jaguars in 2002.

He won the Outland Trophy in 2002, awarded to the best interior lineman in college football.

He and his wife, Aleviar Henderson, have two sons and two daughters.

He was teammates with Darren McFadden on the Oakland Raiders before retiring in 2011.

John Henderson Is A Member Of