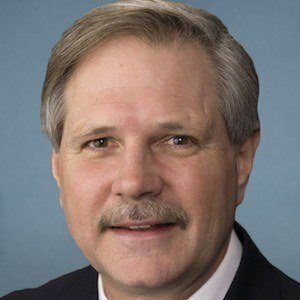 He earned an MBA from the Kellogg School of Management at Northwestern University before serving as the president of the nation's only state-owned bank, the Bank of North Dakota, from 1993 to 2000.

At one point, during 2009, based on his approval ratings of 87%, he was the most popular governor in the country.

He married Mickey L Hoeven and he comes from Dutch and Swedish ancestry.

He disagreed with Barack Obama's healthcare plan and has stated that only the elderly and children should receive public healthcare.

John Hoeven Is A Member Of