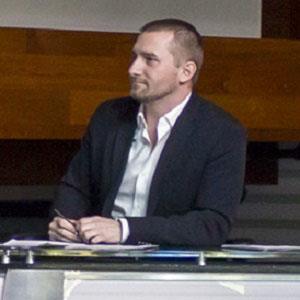 Co-host of the YouTube channel Think Tank, where he discusses the latest in psychology, biology, pop culture and more. He has also produced and co-hosted the popular YouTube political news show The Young Turks.

He earned his B.A. in Political Science from the University of Connecticut before attending the University of Texas at Austin from 2007 to 2012. He left school before completing his dissertation in order to work for The Young Turks.

In addition to his work on the TYT Network, he has appeared as a pundit on television shows like TakePart Live, Jane Velez-Mitchell and the now-defunct Current TV iteration of The Young Turks.

His mother is an Austrian-Hungarian schoolteacher. His father is Italian and managed a printing press.

He has co-hosted The Young Turks as TYT University with Ana Kasparian.

John Iadarola Is A Member Of