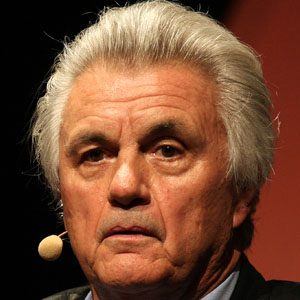 An American author of fiction and screenplays, he is known for novels such as The World According to Garp (1978), A Prayer for Owen Meany (1989), and The Cider House Rules (1985). Many of his novels were adapted into films.

He attended the University of Iowa's Writers' Workshop. In his mid-twenties, he published his debut novel, Setting Free the Bears.

His screenplay for The Cider House Rules won him an Academy Award.

He grew up in Exeter, New Hampshire, where he attended the prestigious Phillips Exeter Academy. With his wife, Janet Turnbull, he had one son.

He studied alongside Kurt Vonnegut, Jr. at the Iowa Writers' Workshop.

John Winslow Irving Is A Member Of