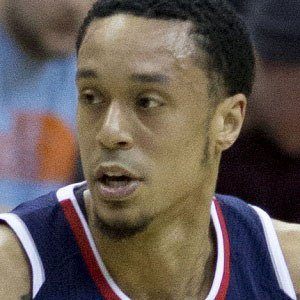 23rd overall pick of the Atlanta Hawks in the 2012 NBA draft who played his college ball at Vanderbilt. There he made the All-SEC Rookie team and was named to the First-team All-SEC team in 2012.

He averaged an astounding 42.3 points per game in his senior season at Station Camp High School and was named Gatorade Tennessee Player of the Year in 2008-2009.

He led the SEC in both scoring and three pointers made in his sophomore year at Vanderbilt.

He was born in Hendersonville, Tennessee.

He played alongside Jeff Teague as a member of the Atlanta Hawks.

John Jenkins Is A Member Of