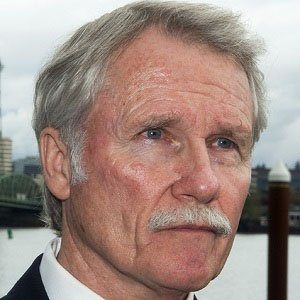 Most Popular#181810
Politician Born in Washington#9

After serving as President of the Oregon State Senate from 1985 until 1993, this Democratic Party politician was elected to two terms as Governor of Oregon. In 2011, eight years after ending his second four years as Governor, he began a third gubernatorial term.

After graduating from Dartmouth College in New Hampshire, he received his medical degree from the Oregon Health and Science University and worked as an emergency room doctor.

The son of Annabel Wetzel Reed and Albert Kitzhaber, he spent his childhood in Colfax, Washington and South Eugene, Oregon. After his marriage to Rosemary Linehan ended in divorce, he and his second wife, Sharon LaCroix, became parents to a son named Logan (after divorcing LaCroix he began a long-term partnership with Cylvia Hayes).

When he began his first term as Governor of Oregon, he succeeded fellow Democrat and first female Oregon governor Barbara Roberts.

Most Popular#181810
Politician Born in Washington#9

John Kitzhaber Is A Member Of