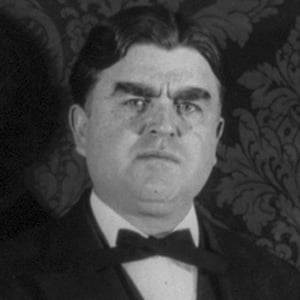 Leader of the United Mine Workers Association who led his union's fight for better living and working standards.

After rising to the leadership post of the UMWA in 1920, he established its Welfare and Retirement Fund, a landmark agreement with the federal government signed by the president of the U.S. himself.

He led the organization of America's industrial workers in to the Congress of Industrial Organizations (CIO), and several other prominent unions.

He was born in Lucas, Iowa and was the son of Welsh immigrants.

Leonard Woodcock was a leader of America's other large trade union, the United Auto Workers.

John L. Lewis Is A Member Of