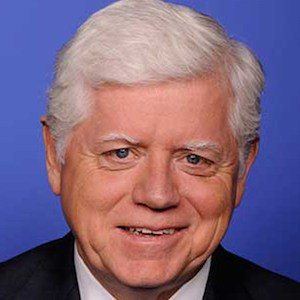 Politician and Democrat who became the U.S. Representative for Connecticut's 1st congressional district in 1999. He is both pro-choice and an advocate for LGBT rights and same-sex marriage.

He became the co-owner of an insurance agency in East Hartford after graduating from Central Connecticut State University.

He has introduced various pieces of legislation in attempts to nationalize the US’s energy and to reduce greenhouse gas emissions, most notably co-sponsoring the Energy Independence and Security Act in 2007.

He has three children with his wife Leslie Best, who was one of his former students from his high school teaching days at George J. Penney High School.

He succeeded Rahm Emanuel as the Democratic Caucus Chairman of the United States House of Representatives in 2009.

John B. Larson Is A Member Of