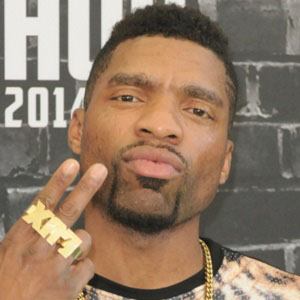 Battle rapper best known for releasing his album Beloved 2 in January 2015. He was inducted into 106 & Park's Hall of Fame following a 7 week undefeated streak in battle rapping.

Some of his earliest appearances were on the SMACK DVD's in the early 2000s.

He was featured on the song "Red Dot Music" by MMac Miller.

He is from Harlem, New York. His birth name is John Lucks.

He battled fellow rapper John Ancrum in 2007 and followed with a rematch in 2014.

Loaded Lux Is A Member Of