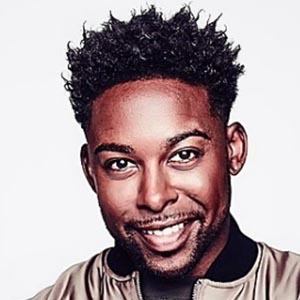 Singer who was chosen to represent Sweden at the 2019 Eurovision Song Contest with the song "Too Late for Love," which reached the top of the Swedish singles charts. He is also a songwriter who has written songs for artists like Sanna Nielsen, Isac Elliot and Anton Ewald.

He lived in London until he was six years old, when he and his family moved to Växjö, Sweden.

He was an accomplished track and field athlete who won bronze at the 2005 Swedish Championships.

His parents are Jane and Johan Lundvik.

He wrote the Michael Rice song "Bigger Than Us."

John Lundvik Is A Member Of