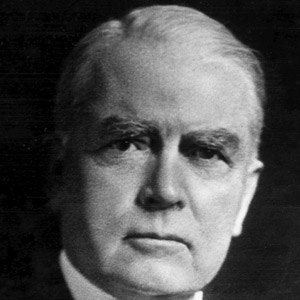 American religious figure and leader of the YMCA. He received the Nobel Peace Prize in 1946 for his work in establishing and strengthening international Protestant Christian student organizations that worked to promote peace.

He was a chief figure at the World missionary Conference in 1910.

He was offered free passage on the Titanic in 1912 but turned it down in favor of a more humble liner.

He married Leila Ada White in 1891, the couple had four children.

George Williams founded the YMCA, an organization that Mott dedicated his life to serve.

John Mott Is A Member Of