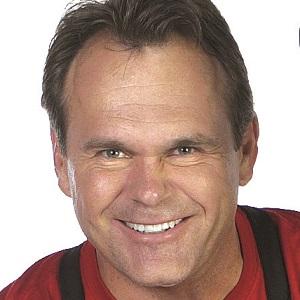 Retired linebacker who played the entirety of his eight-year NFL career with the Miami Dolphins. He made five consecutive Pro Bowl appearances from 1986 to 1990 and was twice named an NFL All-Pro.

He played college football at Western Michigan University, where he set a school record 694 tackles.

He opened his own south Florida restaurant, Offerdahl's Cafe Grill, following his retirement from football.

He has children named Drew, Alexandra and Jameson.

He was teammates with Hall of Fame quarterback Dan Marino during his time in Miami.

John Offerdahl Is A Member Of