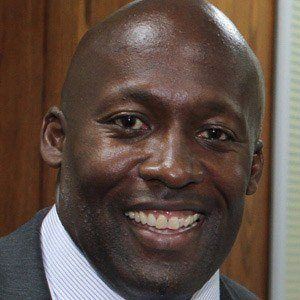 English sprinter who won gold medals in the 200 meters at the 1989 World Indoor Championships and the 1990 European Championships. He won a silver medal at the 1988 Seoul Olympic games in the 4x100 meters relay.

He competed for Lewisham at the London Youth Games, while he was growing up.

He was born and raised in Lewisham, London.

He and Greg Rutheford both competed for England as sprinters.

John Regis Is A Member Of