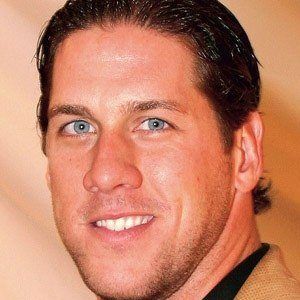 Former relief pitcher who played from 1998 until 2003, and is most notable for his tenure with the Atlanta Braves. He was implicated for steroid use in 2007 and admitted to using them in 2011.

He threw three no-hitters during his high school career and was drafted in the 18th round of the 1993 MLB draft.

It was announced in August of 2014 that he would appear on season 29 of the CBS reality series Survivor with his girlfriend Julie McGee.

He was born in Statesboro, Georgia.

He appeared on the show Pros vs. Joes. In its late seasons, the show was co-hosted by Michael Strahan.

John Rocker Is A Member Of