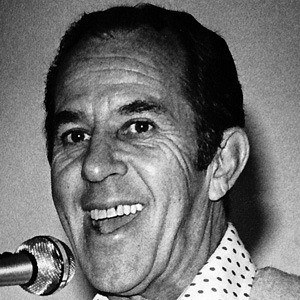 He became involved in entertainment through his job as the radio operator gunner in World War II.

In his Sheriff's outfit, he would bring out a birthday cake on air.

Another famous Libra TV actor like him is Wilford Brimley.

John Rovick Is A Member Of