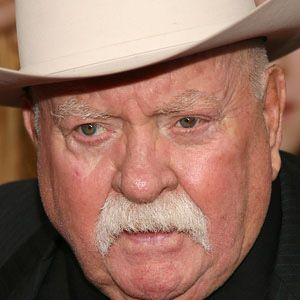 TV commercial actor who was also in the series The Natural and had a recurring role on The Waltons.

He worked as a ranch hand, wrangler, blacksmith and as a bodyguard for Howard Hughes before becoming an actor.

Although famous for his commercials, he also played roles in the films The China Syndrome, Cocoon, The Thing and The Firm.

He married Lynee Brimley in 1956 and the couple had three sons named Jim, John and Bill.

He was friends with fellow actor Robert Duvall.

Wilford Brimley Is A Member Of

Our House
The Thing
Born In 1934
TV Actors